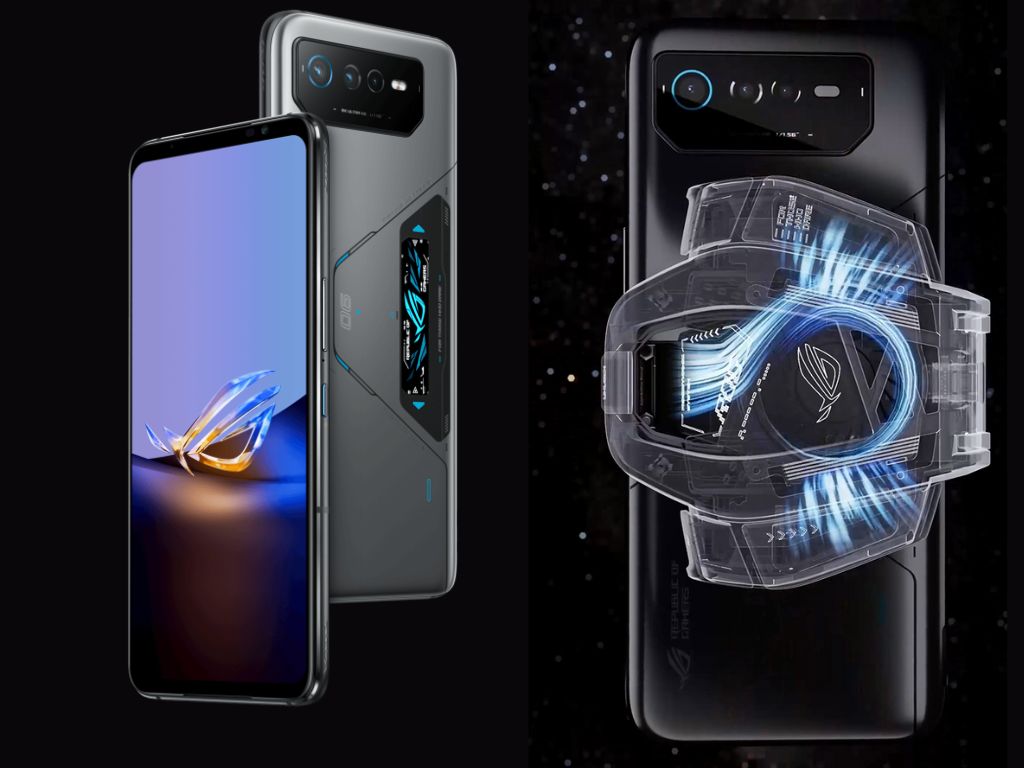 As we saw from the beginning Asus always opts for the Qualcomm processors for its ROG series smartphones but Asus changing the trend, Asus chooses to go with the MediaTek this time. The new Asus ROG Phone 6D ultimate is the first gaming smartphone to feature a MediaTek architecture.

Asus wanted to offer users more choice in terms of Chipset, says Asus (about its Switching from Qualcomm to MediaTek). MediaTek’s Dimensity 9000+ chipset is a slightly overclocked version of Standard MediaTek Dimensity 9000.

Asus ROG Phone 6D ultimate has the same display specifications as the ROG Phone 6 Pro. The smartphone flaunts a 6.78-inches FHD+ Samsung AMOLED display that offers a 165Hz refresh rate, up to 720Hz touch sampling rate, and HDR 10+ support. It has Corning Gorilla Glass Victus protection over the screen.

Asus didn’t do any ‘ultimate’ with display, follows similar specifications as the ROG Phone 6. And one noticeable thing is ROG Phone 6D Ultimate has a 2-inch OLED secondary display at the back that can show multiple animations and notifications. There is also support for DC dimming and Delta E <1 color accuracy.

Asus ROG Phone 6D Ultimate is powered by MediaTek Dimensity 9000+ processor paired with Arm Mali G710 GPU with ten cores. The Geekbench score of the Dimensity 9000+ is quite surprising, its multi cores score is on par with the A15 Bionic chipset.

Asus ROG Phone 6D Ultimate comes with 16GB of LPDDR5X RAM and 512GB UFS 3.1 internal storage. To take the gaming experience to its peak, Asus offers an Armoury crate which offers a bunch of customizations from changing the settings of the individual games to adjusting the power profiles. The smartphone runs on Android 12 out of the box.

In Optics, the Asus ROG Phone 6D Ultimate features a 50MP Sony IMX766 primary camera coupled with a 13MP ultra-wide camera and a 5MP macro lens. It has a 12MP selfie snapper for capturing stunning selfies and video chats.

Asus has not yet revealed any details about its India or other region’s launch.