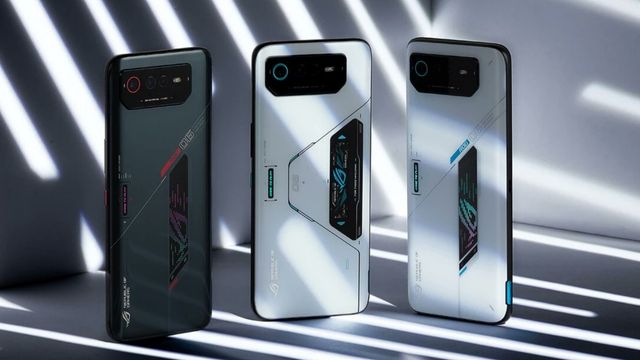 Asus made the dedicated microsite for the Asus ROG Phone 6D which will be unveiled at 5:30 PM IST. Asus has not yet revealed any details of the smartphone except its chipset details.

Asus’ upcoming ROG Phone 6D will be powered by MediaTek Dimensity 9000+ processor. The D in the name apparently stands for Dimensity. The device was also spotted on AnTuTu benchmark website and has scored 11,46,594 points on the AnTuTu benchmark which is 3 percent better compared to the 6 pro variant equipped with Snapdragon 8+ Gen 1.

Rumor suggests that the upcoming ROG Phone 6D will feature similar specifications as the ROG Phone 6 Pro variant. We likely get to see a 6.78-inches FHD+ AMOLED display with a 165Hz refresh rate, a 50MP Sony IMX 766 primary sensor, and a 6000mAh battery in the ROG Phone 6D ultimate smartphone. Also, the 3C listings reveal that the smartphone has 65W fast charging support.

The latest report from 91mobiles has revealed the renders of the ROG Phone 6D series smartphone, comprised of the Vanilla 6D and the 6D Ultimate.