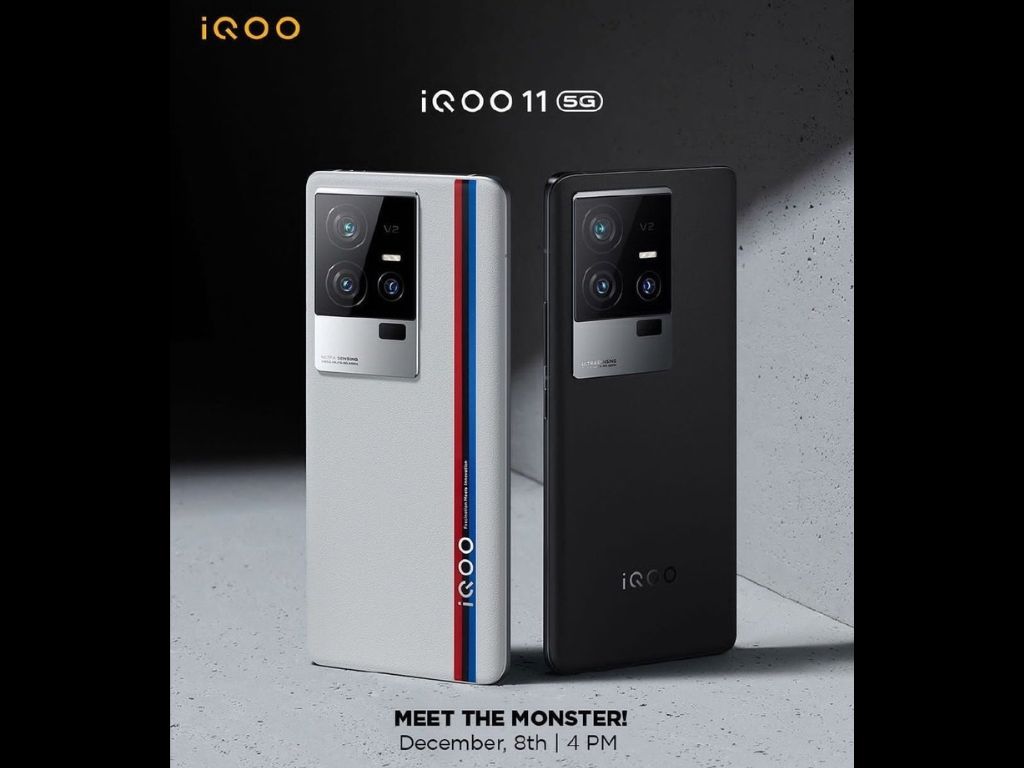 Vivo’s gaming-focused smartphone manufacturer subbrand iQOO is finally launching its new iQOO 11 series smartphones on December 8 in China, Indonesia, and Malaysia. The smartphone was first set for launch on Dec 2 but due to some reason iQOO postponed the launch event. Now, iQOO officially confirmed the iQOO 11 series launch has been rescheduled for December 8. The company’s 10 series lineup launched in China earlier this year and iQOO has not introduced the iQOO 10 series lineup in the Indian market, the last lineup was the iQOO 9 Series (iQOO 9, 9 Pro, 9SE, and iQOO 9T).

Also, iQOO Neo 7 is launching on the same date alongside iQOO 11 series. Furthermore, iQOO Neo 7 has been confirmed to feature MediaTek Dimesnity 8200 processor. Ahead of the launch, some key specifications of the iQOO 11 Pro surfaced online. According to the reports, iQOO 11 Pro will pack a 4,300mAh battery with a whooping 200W fast charging support.

Leaks suggest that the upcoming iQOO 11 series is likely to feature the Qualcomm Snapdragon 8 Gen 2 chipset. Furthermore, iQOO 11 vanilla variant is said to feature a 6.78″ flat E6 AMOLED display with a 120Hz refresh rate. It will pack a 5,000mAh battery with 120W fast charging, while the iQOO 11 Pro variant will sport a 6.78″ Curved Samsung E6 AMOLED panel and pack a 4,700mAh battery with whopping 200W fast charging support.

iQOO Neo 7 also the title will be unveiled with the iQOO 11 Series. iQOO confirms some features of the iQOOneo 7 smartphone such as it will pack a 5,000mAh battery with 120W fast charging support and sports a 6.78-inch FHD+ AMOLED Panel with 120Hz refresh rate.