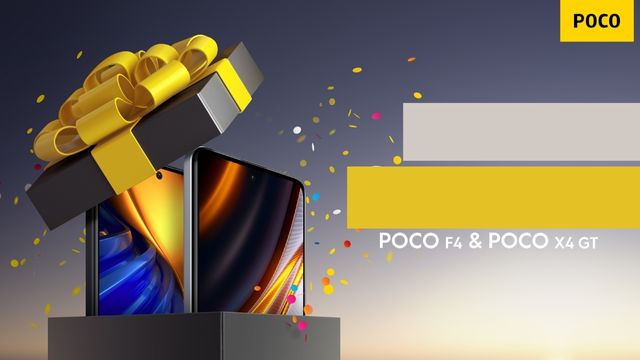 POCO officially unveiled its most awaited F series smartphones. POCO launched POCO F4 5G and POCO X4 GT smartphones in the global market. Also, the smartphone coming very soon in India too. Although the launch date for India has not yet been revealed by the company.

The smartphone will available for purchase from June 27 in India via Flipkart.

In terms of lenses, the smartphone features a triple rear camera setup on the back which is comprised of a 64MP primary camera with OIS support coupled with an 8MP ultrawide angle camera and 2MP macro lens. It has a 20MP punch-hole selfie snapper for capturing stunning selfies and video chats.

Under the hood, the POCO F4 5G is powered by Qualcomm Snapdragon 870 processor paired with a 12GB LPDDR5 RAM and 256GB UFS 3.1 internal storage. The smartphone runs on the MIUI 13 based on the Android 12 out of the box.

Talking about its battery, the handset houses a 4,500mAh battery with 67W fast charging support. The company claims that the smartphone charges up to 50 percent in just 11 minutes and 0 to 100 percent in just 38 minutes. The device also supports a bunch of connectivity options including 5G, 4G LTE, WiFi-6, Bluetooth v5.2, NFC, GPS, and USB Type ‘C’ for charging and data transfer.

The rest of the highlights of the POCO F4 5G include a Side-mounted fingerprint sensor, IR Blaster, X-axis linear motor, Dual speakers with Dolby Atmos support, and Liquid Cool Technology 2.0.