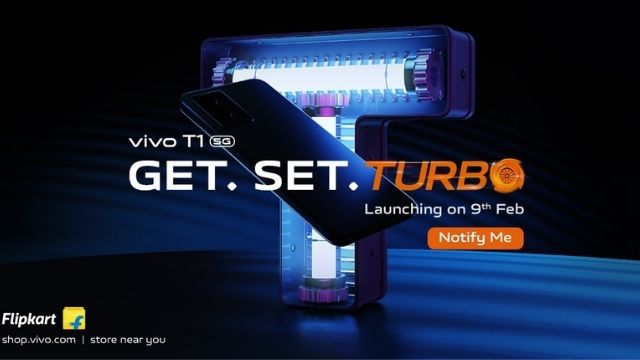 The key features include the smartphone will come in two variants in India 8GB RAM /128GB storage and 8GB RAM /256GB internal storage, The Vivo T1 5G smartphone could be powered by Snapdragon 695.

The Flipkart listings reveals that the smartphone will be the fastest smartphone in the segment comes with a Turbo Cooling for heat dissipation during gaming. Also Flipkart says the listings will be updated with more details Camera, Display, Processor and more between 3rd Feb to 7th Feb. Lets take a look on specifications of the Vivo T1 5G smartphone.

The smartphone could be powered by Snapdragon 695 processor. The smartphone runs on Origin OS custom skin based on Android 11 out of the box.

2 thoughts on “Vivo T1 5G India Launch set for 9 February: Key features and Everything We know So Far”