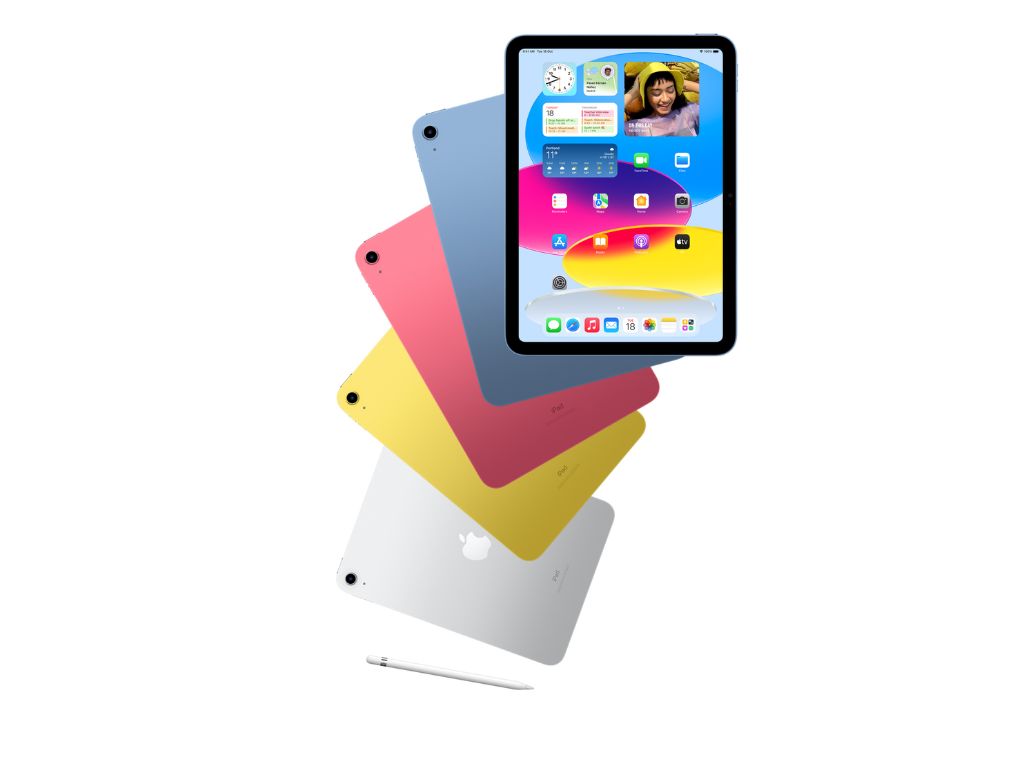 Apple introduced the latest completely redesigned 10th-Gen iPad in four vibrant colors. Apple brings a new design to its iPad, not just only design, Apple offers four eye-catchy colors, a bigger display compared to its predecessor, and whole much more.

Seems like Apple finally listened to their fans’ requirements. Apple’s latest 10th-Gen iPad houses a big 10.9-inch IPS LCD display and the device is thinner, with flat sides. The new iPad is powered by Apple A14 Bionic chip with a 16-core Neural Engine. Basically, the new iPad is nothing but iPad Air 2022 without the M1 Chipset.

Apple changed a lot of things in the iPad- Apple ditches the 3.5mm headphone jack and another revolutionary change that everyone wants- finally, Apple switches from its traditional Lightning port to USB C connectivity. Also, Apple ditched the home button, and Apple integrated the Touch ID with the Power button.

Apple offers the device in two variants including WiFi 6 and WiFi + Cellular version with 5G-enabled. The tablet is available in four vibrant colors- Silver Blue, Pink, and Yellow. It packs up to 256GB of storage. One more noticeable thing is, Apple shifts the webcam to the longer side of the display.

For Photography, Apple’s 10th-Gen iPad features a 12MP ultrawide camera on the backside. For the front, The landscape ultrawide selfie camera with a 12MP sensor. The front-facing camera offers a 122° field of view and supports Apple’s Center stage feature.

The new iPad is powered by Apple A14 Bionic Chip with a 6-core CPU, 4-Core GPU, and a 16-core Neural Engine. The 10th-Gen iPad performs 5x faster than the best-selling Andriod tablet and 3x better than the seventh-gen iPad, says Apple. Also, the A14 Bionic Chip delivers a 20 percent increase in CPU and a 10 percent improvement in GPU compared to its predecessors. The tablet gives up to 9 hours of battery backup on a single charge.

Talking about the accessories, the new 10th-Gen iPad has support for the Apple Pencil (1st Gen) and a new magic Keyboard Folio (includes a kickstand and trackpad) which delivers an incredible typing experience with full-size keys with 1mm of key travel. Also the magic Folio Keyboard connects through the smart connector and attaches magnetically. The Magic Keyboard Folio costs $249/ ₹24,900.