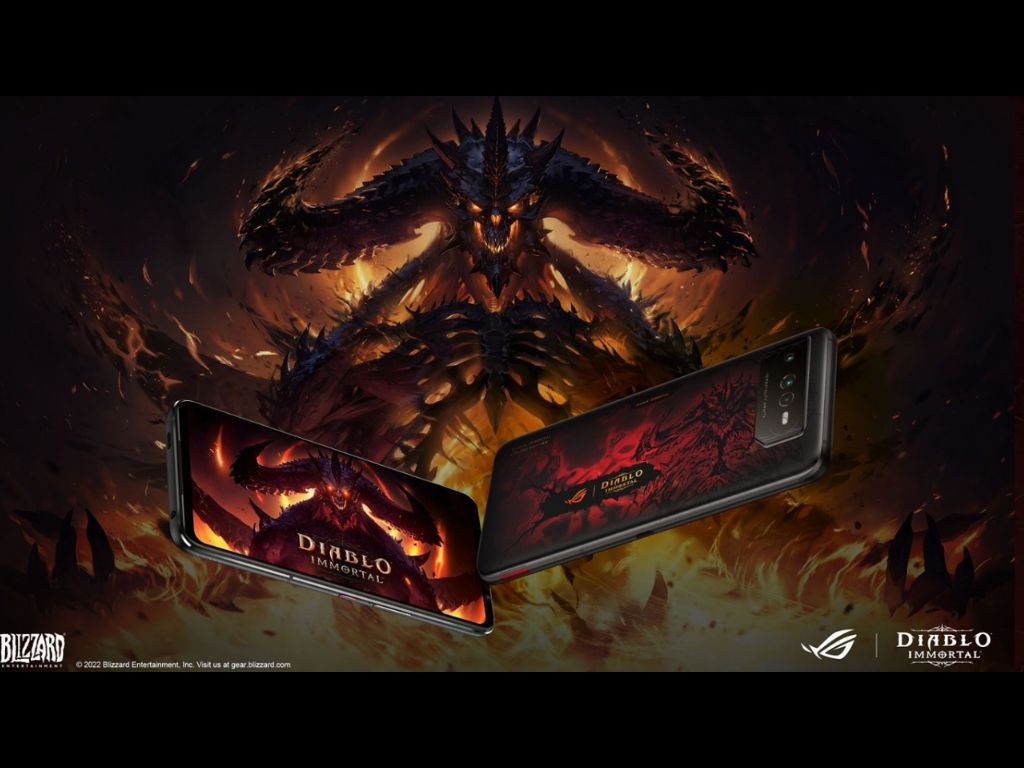 And the year has not yet ended and Asus launched another special edition smartphone, this time Asus is collaborating with Blizzard Entertainment and forged another gaming-focused smartphone called Asus ROG Phone 6 Diablo Immortal Edition.

The phone features a triple rear camera setup on the back with a 50MP Sony IMX786 main camera coupled with a 13MP ultra-wide-angle sensor and a 5MP macro camera. It has a 12MP Sony IMX663 selfie camera for capturing stunning selfies and video chats.

Under the hood, the smartphone is powered by Snapdragon 8+ Gen 1 Processor based on 4nm architecture paired with Adreno 730 GPU. It packs 16GB LPDDR5 RAM and 512GB UFS 3.1 storage. The smartphone runs on ROG custom UI based on Android 12 OS out of the box. Asus offers a custom Diablo Immortal theme, sound effects, and animations.