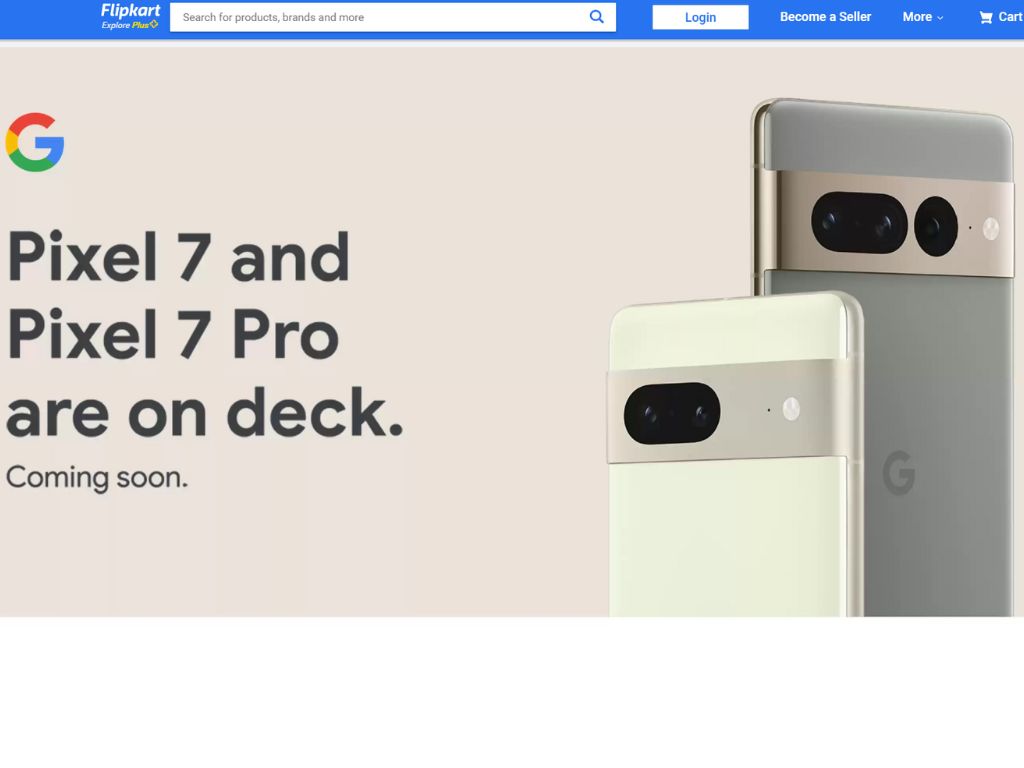 Google Pixel 7 series smartphones are finally coming to India, this news is confirmed by India’s famous e-commerce site Flipkart. Flipkart flaunts a big poster on its site showing the Pixel 7 series coming soon in India. The teaser image suggests that Google plans to launch both the Pixel 7 and Pixel 7 Pro smartphone in India.

Google always focusing on launching Pixel -A series models for the country, the A-series models including Pixel 6a (which was recently launched in India), Pixel 4a, and Pixel 3a.

Google Pixel 7 Series is all set to launch on October 6 at 10 am ET. Google’s latest Pixel 7 Series smartphones will be available on Flipkart, which has been the online retail partner for Google for all Pixel phone launches in India.

According to reports, the upcoming Pixel 7 smartphone features a 6.3″ display which is slightly smaller than its predecessor- the Pixel 6 sports a 6.4″ panel. The teaser images also reveal that Google Pixel 7 Pro smartphone will feature a triple rear camera setup while the Pixel 7 will come with a dual camera setup.