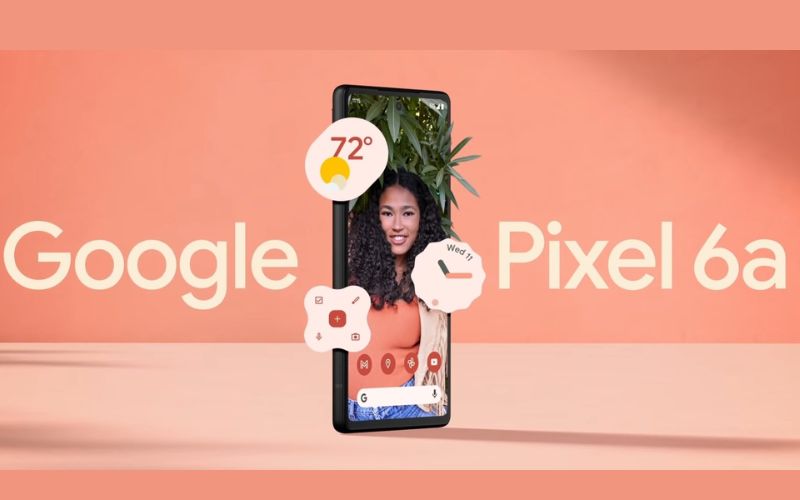 Google Pixel 6a price and availability

The Google Pixel 6a comes in a sole 6GB RAM + 128GB internal storage option and is priced at ₹43,999. The smartphone is now available for pre-order with sales kicking off July 28 via Flipkart in India. Google’s Pixel 6a smartphone comes in Chalk, Sage, and Charcoal color options.

Google Pixel 6a smartphone sports a 6.1-inch OLED display with a standard 60Hz refresh rate, and 2400 X 1080 pixel resolution. The smartphone comes with the Corning Gorilla Glass 3 protection on top. It has a ‘tactile alloy frame’ and a 3D thermoformed composite back.

Moving to the optics the Pixel 6a features a dual-camera module comprising a 12.2MP main camera with an f/1.7 aperture paired with a 12MP ultra-wide camera with an f/2.2 aperture. The handset features a center punch hole cut-out 8MP selfie camera for capturing selfies and video chats.

Coming to the hardware under the hood, the Pixel 6a is powered by Google’s in-house Tensor chipset. It packs 6GB RAM and 128GB internal storage. The smartphone runs on Android 12 out of the box. Google has confirmed that the Pixel 6a smartphone will get five years of updates. (but it’s yet to confirm whether Google will provide OS updates or security patches or both) though some of those will probably just be security updates.

Google also introduce its brand new latest earbuds. Google calls it The Pixel Buds Pro, It will available for pre-order on July 21- the same day as Pixel 6a. The new earbuds are priced at $200 (roughly ₹ 15,409).

1 thought on “Google Pixel 6A Launched in India: Specifications & Price”