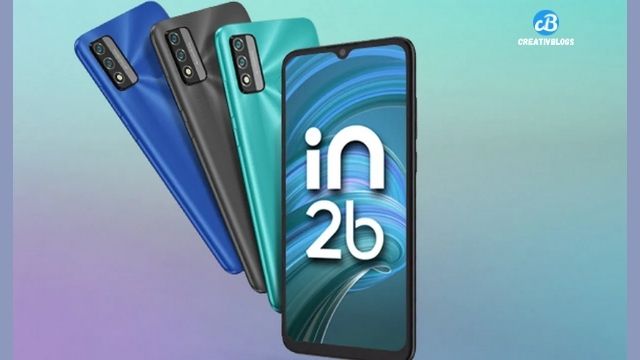 Micromax IN 2b price and Availability

Micromax IN 2b Specifications

The Micromax IN 2b sports 6.52-inch HD+ display with an 20:9 Aspect ratio and 400nits brightness . The smartphone comes with an 89 percent Screen: body ratio with mini drop display .

The smartphone comes with an dual AI rear camera setup in which 13MP primary camera and 2MP secondary camera with f\1.8. It has 5MP selfie camera for capturing sweet selfies and video calls . The Smartphone also supports the FHD video recording  from front and rear camera . It is also comes with an Play and pause record function .

The Micromax IN 2b smartphone powered by ARM CORTEX A75 ARCHITECTURE octa core processor based on GPU G52 with 30 percent enhanced performance . The smartphone comes with 176000 Antutu score which means this phone gives crazy performance in Gaming .

The Micromax IN 2b smartphone comes with backside mounted fingerprint sensor which very fast unlocks the phone 185 percent faster than others . It is also has secure face id also unlocks the swiftly .

Thanks For reading this article till the end. For more latest ,exclusive and informative tech news content follow us on Google News .