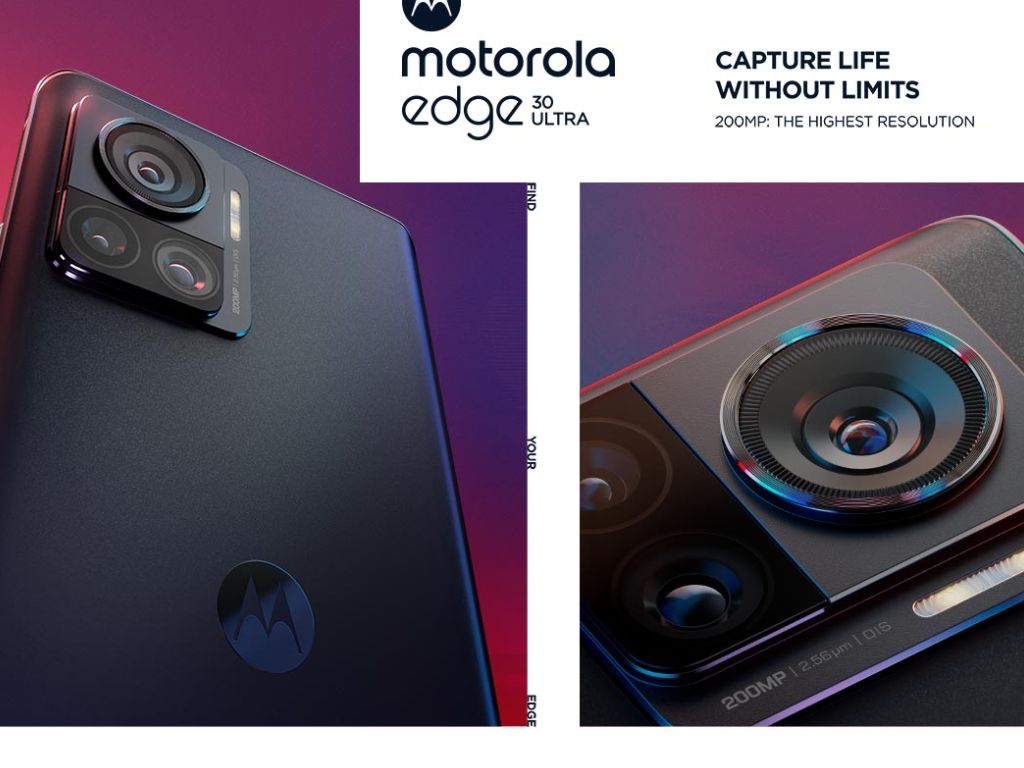 In that 200MP camera race, Samsung is also there. According to the reports, Samsung’s upcoming Samsung Galaxy S23 Ultra smartphone might feature a 200MP camera setup. Rumors suggest that the Samsung Electronics Mobile Experience (MX) division confirmed the information with major camera partners that it will install a 200MP primary camera sensor on the Galaxy S23.

The company confirmed that Motorola’s first 200MP camera smartphone and Motorola Edge 30 Fusion will debut in India on the 13th of September.

Three days ago, Apple also unveiled its most awaited premium flagship iPhone 14 lineup at the Apple Event. The latest Motorola Edge 30 Ultra smartphone will be competing with the premium phones such as the Samsung Galaxy S22 series, iQOO 9T, and Apple iPhone 14 Series among others.

By reading the title of the post you could have guessed the camera hardware of the Edge 30 Ultra smartphone. Motorola Edge 30 Ultra smartphone features a triple rear camera setup, comprised of a 200MP Samsung ISOCELL HP1 Sensor with OIS support coupled with a 50MP Ultra-wide camera with 117 ° FOV and a 12MP telephoto lens with 2X optical zoom support. The smartphone features a 60MP punch-hole selfie camera for capturing stunning selfies and video chats.

Under the hood, Motorola Edge 30 Ultra is powered by Snapdragon 8+ Gen 1 Octa-core Processor based on 4nm architecture paired with Adreno 730 GPU. It packs up to 12GB of LPDDR5 RAM and UFS3.1 256GB storage. The handset runs on Andriod 12 based on MyUI 4.0 out of the box.

Also, Motorola has Confirmed to launch the Motorola 30 Edge Ultra premium flagship smartphone in India on the 13th of September.