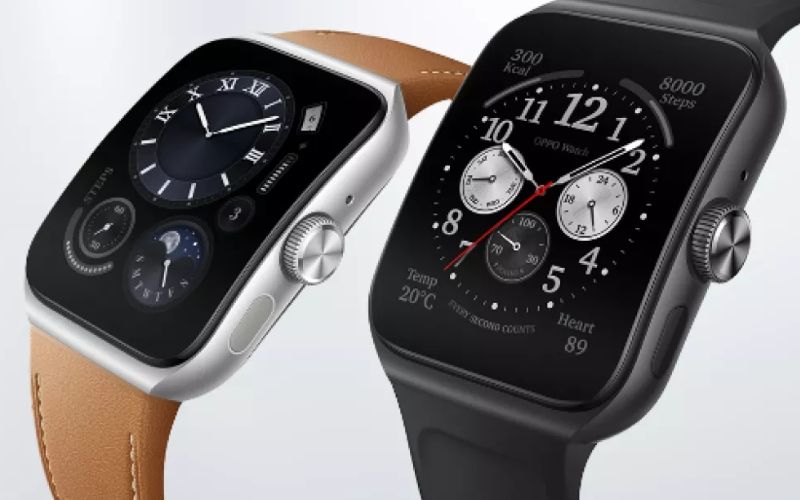 OPPO is all set to launch its new OPPO Watch 3 wearable in China on August 10, officially confirmed by the company. A few days ago, a famous tipster Digital Chat station also leaked that the smartwatch will be made its debut on August 10 in China. The OPPO Watch 3 smartwatch launch event will begin at 7 PM on China time on 10 August.

The renders of the wearable show a crown button mounted on the right side of the smartwatch. The images shared by Evan Blass show the OPPO Watch 3 features a curved edge display and the watch 3 is also shown what looks like a silver and leather strap variant and an all-black variant.

The OPPO Watch 3 will be the successor to the OPPO Watch 2, which was launched last year in China, the watch 2 wasn’t launched in the Indian market. The key specifications of the OPPO Watch 2 include a 1.9″ AMOLED display, 510mah battery, Qualcomm Snapdragon Wear 4100 processor paired with 1GB RAM and 8GB storage.

The OPPO Watch 3 will be powered by Snapdragon W5 Gen 1 processor, officially confirmed by the company. The leak also suggests that the OPPO Watch 3 is said to come with three models. Rumored specs of the Watch 3 include an AMOLED LTPO Display, Screen-to-body ratio, and Apollo 4 plus co-processor. The health features include ECG, Heart rate monitor, Spo2, and stress monitor.