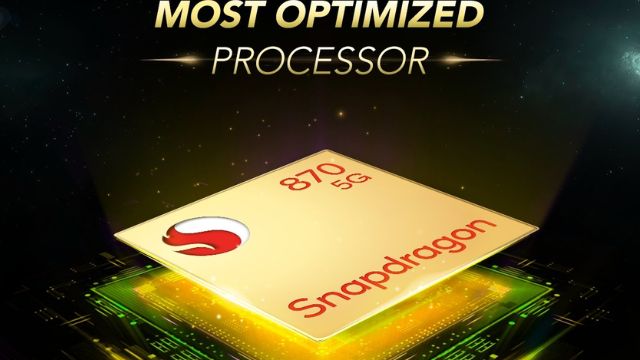 In April month, Poco launched the Poco F4 GT smartphone powered by Snapdragon 8 Gen 1 processor, the smartphone features the most trendy and latest features. The company has not yet revealed the launch date of the smartphone but it will soon launch the smartphone in India as well as the global market.

The Redmi K40S has launched a few months ago in China and it is rumored that the Poco F4 smartphone will launch the rebranded version of the Redmi k40S.

In terms of optics, the smartphone will feature a 64MP triple rear camera setup on the back. It could come with the punch-hole cutout 20MP selfie camera for capturing stunning selfies and video chats.

Under the hood, the Poco F4 5G smartphone is powered by the Qualcomm Snapdragon 870 processor paired with up to 8GB RAM and 256GB storage which may be further expandable via a micro-SD card. The smartphone will run on the MIUI 13 based on the Android 12 out of the box.

It will house a 4,700mAh battery with 67W fast charging support. The smartphone will also support a bunch of connectivity features including 5G, 4G LTE, WiFi-6, Bluetooth v5.1, GPS, NFC, and USB Type ‘C’ for charging and data transfer.

Stay tuned with us for more details about the Poco F4 5G smartphone, don’t forget to follow us on social media. Comment your thoughts on the Poco F4 5G in the comment section.