The Realme C35 smartphone will go on sale from March 12 at 12PM in India via Realme online stores, Amazon and Flipkart. 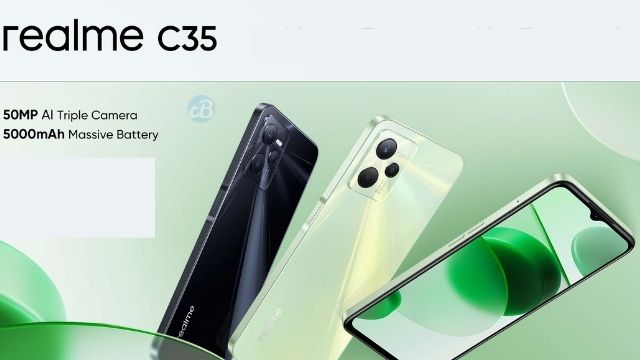 Coming to the lenses the Realme C35 features a AI triple rear camera setup in which 50MP primary camera with f/1.8 aperture coupled with a 2MP macro lens with f/2.4 aperture and B&W portrait lens with f/2.8 aperture. The smartphone comes with 8MP selfie snapper for video chats and capturing stunning selfies.

Realme C35 is powered by Unisoc T616 processor based on 12nm paired with Mali-G57 GPU. It packs up to 4GB RAM and 128GB internal storage which is expandable up to 256GB via Micro-SD card. The device runs on Realme UI 2.0 based on Android 11 out of the box.

This smartphone will be great choice for those users, who want to do only simple tasks. And this smartphone is best mobile phone under ₹ 12,000 in India and it is worth to buy.

Thanks for the reading the article till the end. For more latest and exclusive tech updates follow us on Google News.