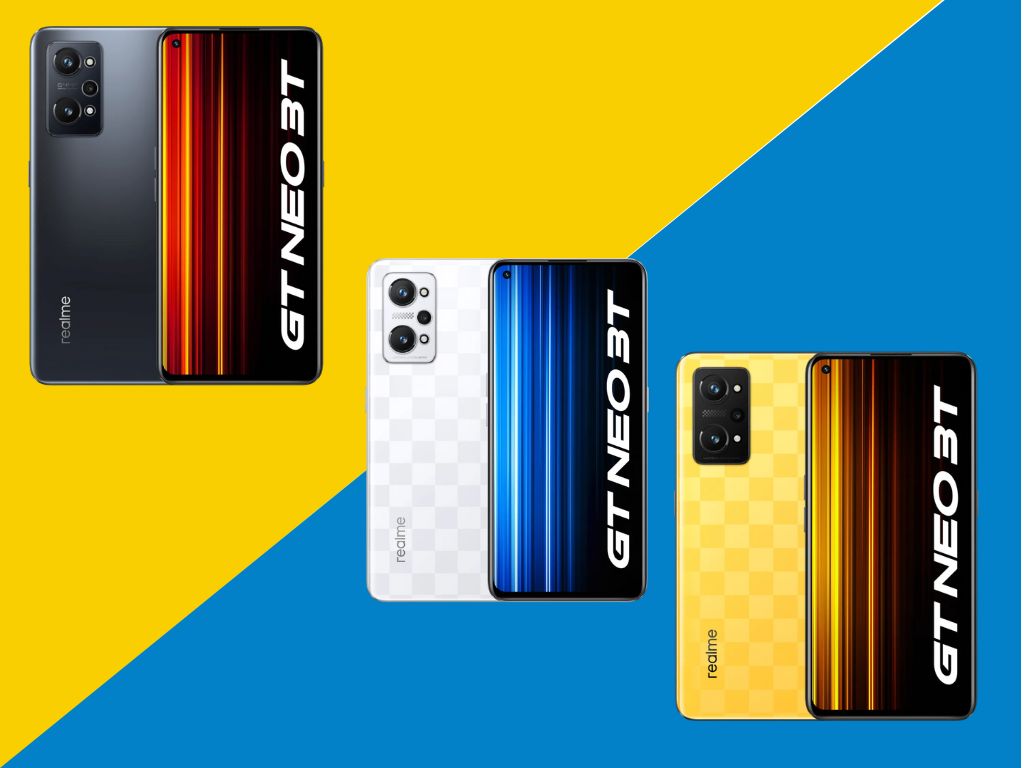 In terms of optics, the Realme GT Neo 3T smartphone features a triple rear camera setup on the back, comprised of a 64MP primary camera with f/1.89 aperture and OIS support coupled with an 8MP ultra-wide-angle camera and a 2MP macro camera. The smartphone comes with a center punch-hole cutout 16MP selfie camera for capturing stunning selfies and video chats.

Under the hood, the Realme GT Neo 3T is powered by Qualcomm Snapdragon 870 processor paired with up to 8GB LPDDR5 RAM. It packs up to 8GB LPDDR5 RAM and up to 256GB UFS3.1 internal storage. The smartphone runs on Realme UI 3.0 custom skin based on Android 12 out of the box.

It houses a 5,000mAh battery with 80W fast charging support. The smartphone charges 0 to 100 percent in just 32 minutes all thanks to the 80W flash charge. The handset also supports a bunch of connectivity options including 5G, 4G LTE, 3G, WiFi-6, Bluetooth v5.2, GPS, NFC, and USB Type ‘C’ for charging and data transfer.

The rest of the highlights of the Realme GT Neo 3T smartphone include an In-display fingerprint scanner, VC cooling system, game vibration with an X-Axis Linear motor, and Dolby Atmos and Hi-Res Audio support.

Thanks for reading the article till the end. For more latest and exclusive tech news updates follows us on Google News.