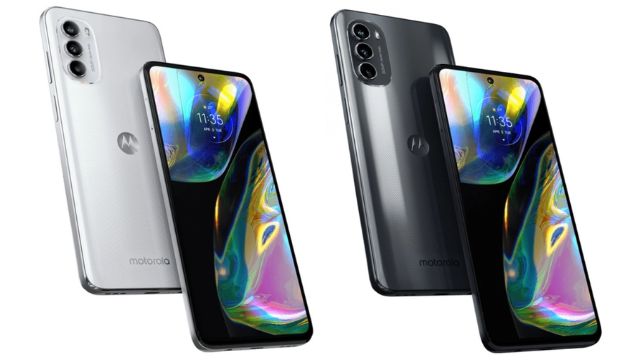 Moving to the optics, the smartphone features a triple rear camera setup on the back, comprising of a 50MP main camera with OIS (Optical Image Stabilization) support coupled with an 8MP ultra-wide-angle camera plus depth sensor and 2MP macro camera. The smartphone features a center-mounted punch-hole cutout 16MP selfie camera for capturing stunning selfies and video chats.

Under the hood, The Moto G82 5G smartphone is powered by Qualcomm Snapdragon 695 processor paired with Adreno 619 GPU and up to 6GB RAM. It packs up to 128GB storage which is further expandable up to 1TB via a Micro-SD card. The device runs on Android 12 based on the MyUX UI out of the box.

Other features of the Moto G82 smartphone include a Side-mounted fingerprint sensor, Extended RAM support, a Dual Speaker grill with Dolby Atmos support, and an IP-52 rating for Dust and Water resistance.