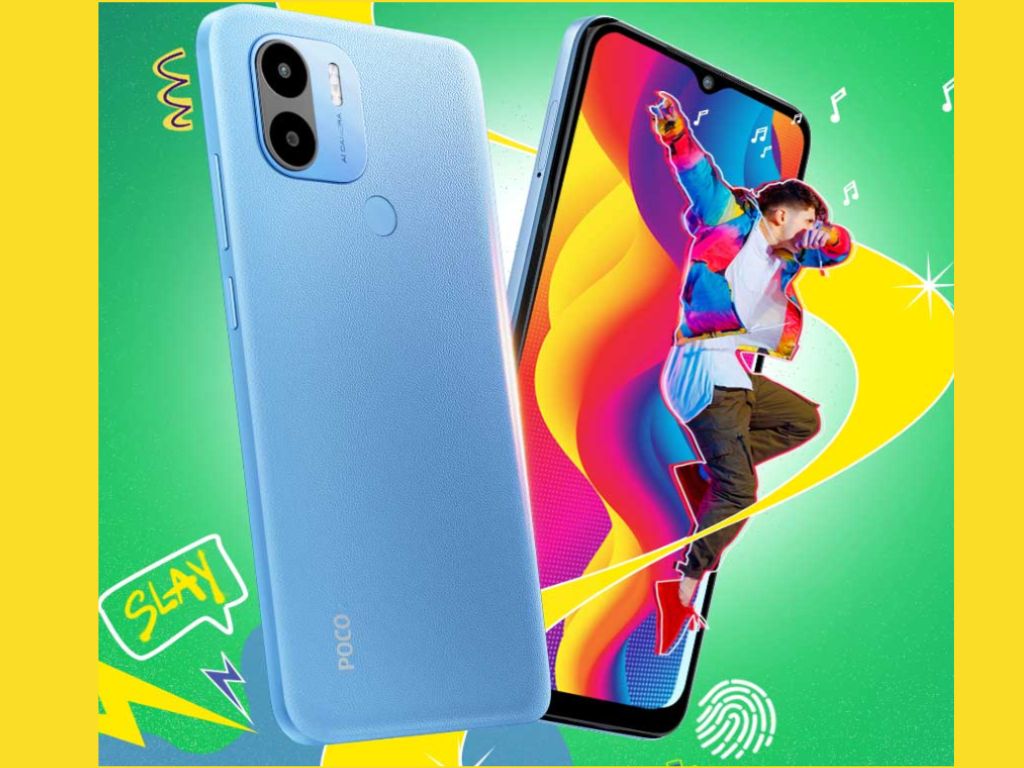 POCO come up with its new entry-level POCO C50 smartphone in the Indian market. Poco’s newly launched POCO C50 looks like an exact replica of the Redmi A1+ which was launched last year in India.

POCO C50 sports a 6.52-inch IPS LCD display with a 720 x 1600 resolution, and a standard 60Hz refresh rate. The smartphone has dual rear cameras with an 8MP primary camera joined by a depth sensor. There’s a 5MP selfie camera for capturing selfies and video chats.

POCO C50 is powered by Mediatek Helio A22 chipset based on 12nm architecture paired with up to 3GB of RAM and 32GB of internal storage which is expandable via Micro-SD card. The smartphone runs on Android 12 based on MIUI out of the box.

It houses a 5,000mAh battery that charges at speed of 10W. POCO C50 comes in two color options- Country Green and Royal Blue.