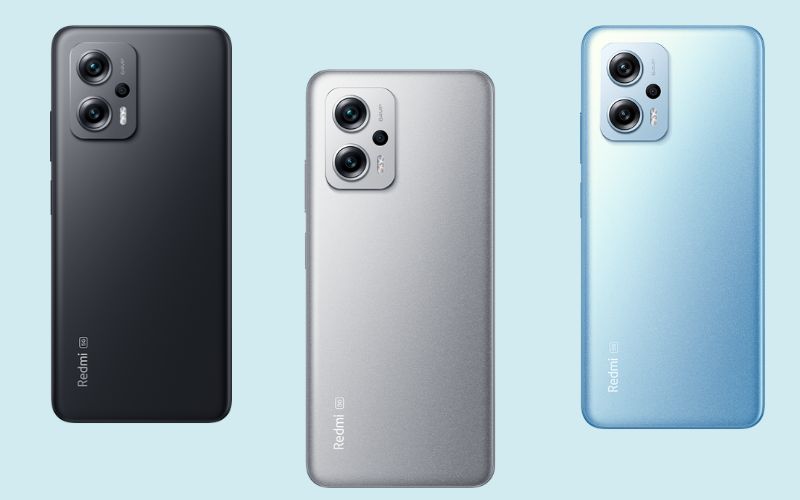 Redmi finally launched its successor to the Redmi K20 series in India. Redmi unveiled the Redmi K50i smartphone in India. The smartphone features trendy and flagship features and the main thing smartphone falls under an attractive price range. Redmi also introduces its new Redmi Buds 3 Lite TWS (earbuds) along with the smartphone.

Redmi K50i key specifications include a 6.6″ FHD+ LCD display with a 144Hz refresh rate, a triple rear camera setup, MediaTek Dimensity 8100 processor, and more. Have a look at the detailed specifications, features, Price, and availability of the Redmi K50i smartphone.

Redmi K50i flaunts a 6.6-inches FHD+ LTPS LCD display with a 144Hz refresh rate, 650 nits of peak brightness, and a 20.5:9 aspect ratio. The smartphone comes with corning Gorilla Glass 5 protection on top. The smartphone also supports Dolby Vision Atmos support, which is a great thing for a phone with an IPS LCD display.

In terms of lenses, The smartphone features a triple rear camera setup on the back which is comprised of a 64MP primary camera coupled with an 8Mp ultra wide-angle camera and a 2MP macro lens. It has a center-mounted punch hole cutout 16MP selfie camera for capturing stunning selfies and video chats.

Under the hood, the Redmi K50i smartphone is powered by Mediatek Dimensity 8100 processor paired with an ARM Mali GPU. It packs up to 8GB LPDDR5 RAM and up to 256GB UFS 3.1 internal storage. The smartphone runs on MIUI 13 based on Android 12 out of the box.

Also Read: Asus Zenfone 9 Series Is On Its Way To Launch: Here Is Everything We Know So Far

The smartphone comes in three color options include Phantom Blue, Stealth Black, and Quick Silver. The device will go for sale from 23rd July via Amazon and Redmi India’s official website.