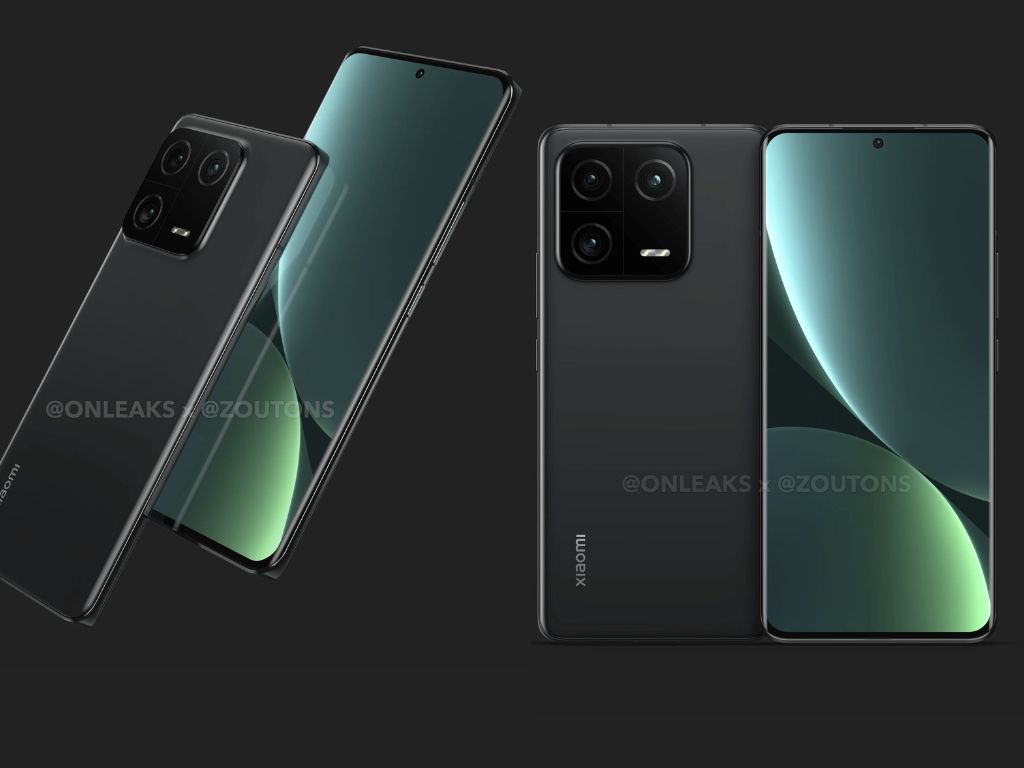 A week ago, Xiaomi 13 Pro’s spec sheet surfaced online, revealing flagship specifications. Now, the smartphone’s render leak has given us the first look at its design. Although the company has not yet revealed any single details of the smartphone, rumors suggest that the Xiaomi 13 Pro is expected to launch in next month.

Popular and reliable tipster OnLeaks in collaboration with Zoutans revealed the renders of the upcoming Xioami 13 Pro smartphone on Twitter. The leaked renders reveal, the Xiaomi 13 Pro will feature a rectangular-shaped triple rear camera setup at the back with LED flash.

Power lock/unlock and volume rocker mounted on the right side. The render shows that the smartphone will sport a curved panel with a centered punch-hole camera housed in it.

Recently online surfaced spec sheet reveals the Xiaomi 13 Pro features a Snapdragon 8 Gen 2 processor paired with 12GB of RAM. It will pack up to 512GB of storage. The smartphone will boot on Android 13 based on MIUI 14 out of the box.