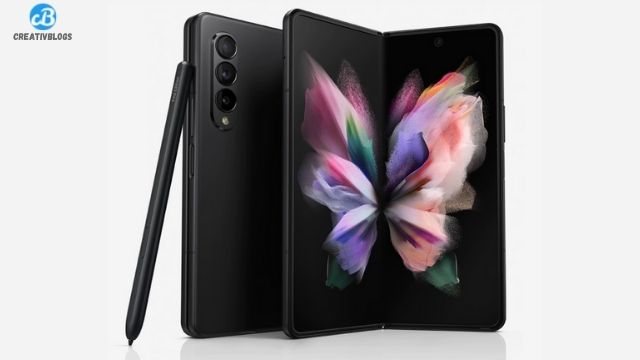 Samsung finally introduced its most advanced smartphone of 2021 Samsung Galaxy Z Fold 3 5G officially. The smartphone is one of the finest, premium-looking killer flagship smartphones by Samsung. It will come with a more improved camera performance and more upgraded features.

Coming to the lenses the Galaxy Z Fold 3 smartphone comes with a total of Five cameras. The triple camera setup is on the back side, and from the front side one is mounted under the display and one is placed on the cover display. This is Samsung’s first smartphone that comes with an under-display camera.

The Samsung Galaxy Z fold 3 first smartphone that comes with IPX8 water-resistant rating. To make the phone strong, enhance durability and last longer the company used enhanced sweeper technology that helps to remove dust particles from the hinge of the device. The smartphone comes built with an Armor Aluminum Frame, according to Samsung, this is the strongest aluminum frame yet.

Thanks for reading this article till the end. For more latest updates please make sure to follow us on Google News .